According to the Mortgage Bankers Association, applications for mortgage loans are up more than 26% compared to this time last week. The jump comes after rates dipped to 3.82% last week—their lowest point in almost two years.

Rates remained low this week, too, holding steady at 3.82% as of yesterday, according to Freddie Mac.

As Freddie Mac reported, “These historically low rates should provide continued opportunities for current homeowners to refinance their mortgages.”

Another positive sign for buyers is the decreasing average loan size lenders are seeing. According to Joel Kan, MBA’s associate vice president of economic and industry forecasting, loan sizes are down 3%—”signaling the ongoing moderation in home prices and a shift to building lower-priced homes.”

Recent data from CoreLogic shows that home prices hit their lowest growth rate since 2012 in March, rising just 3.7% over the year. In the top 10 metro areas, home prices increased by just 2.3%.

Difference between your mortgage rate and the annual...

Difference between a mortgage interest rate and an... 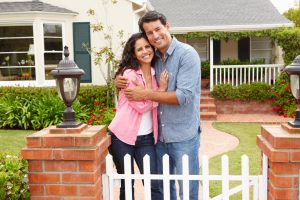