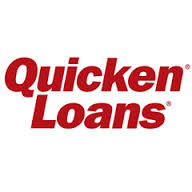 Quicken Loans Inc., is headquartered in The Qube building in the heart of the historic financial district of downtown Detroit, Michigan. In 2012, it became the second largest overall retail lender in the U.S. (it is also the largest online retail mortgage lender). The company consists of Quicken Loans, One Reverse Mortgage, and Title Source, a mortgage settlement service provider. Quicken Loans closed more than $70 billion in home loan volume in 2012, a 133 percent increase over its previous record of $30 billion set in 2011. The company also doubled its growth.